23 APRIL 2018
The Board of Gazprom Neft Directors on April 20 has reviewed the information on results and prospects of company’s oil business development. The business operator – Gazpromneft-Lubricants, established in 2007, now takes 21% of the Russian packaged oils market.

Gazpromneft-Lubricants products are marketed by the G-Energy and Gazpromneft brands that makes possible to create the most effective proposal for the various consumers. General product portfolio consists of premium oils with high performance characteristics and more than 250 approvals from leading equipment manufacturers such as KAMAZ, Mercedes Benz, Volkswagen, Renault, Volvo, Scania, General Electric, Bosсh, etc. 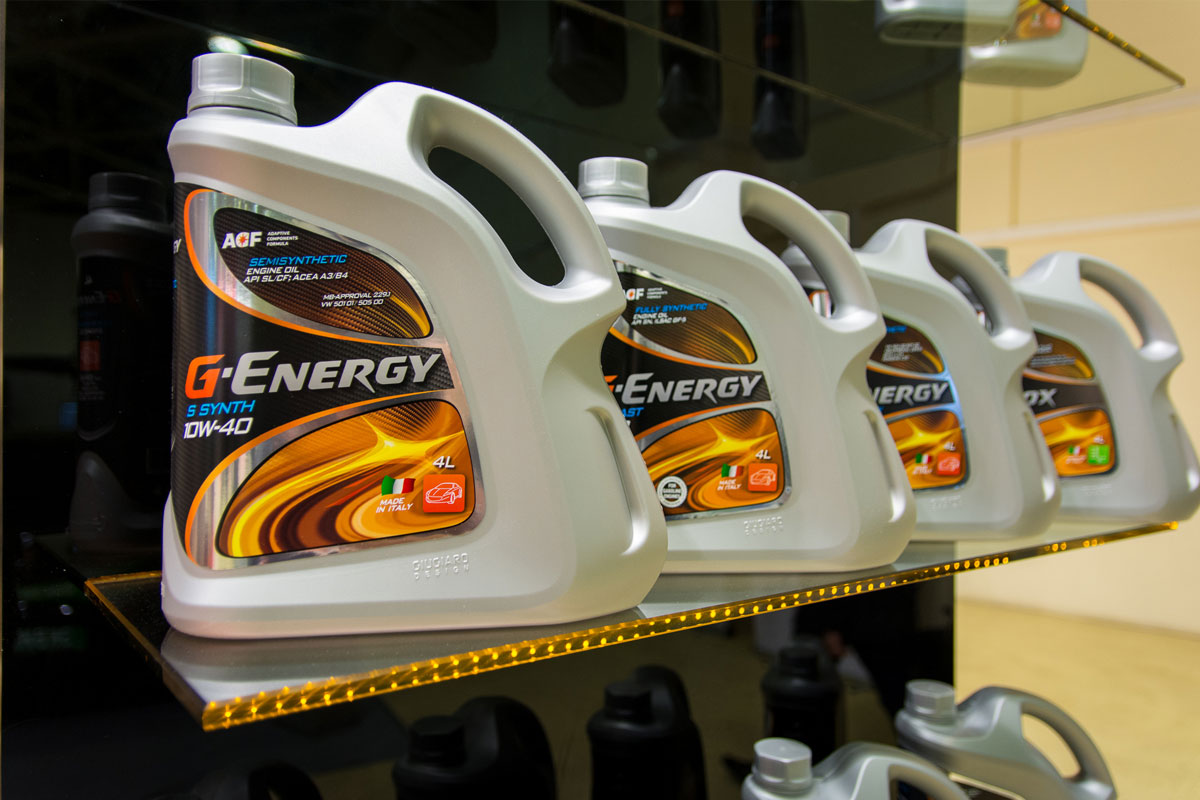 For ten years of operation, the company has become one of the most important players in the profile market, having increased its scientific base and significantly expanding its production capacities. The modern production and logistics complex was set up to produce high-tech lubricants, uniting the Omsk Lubricants Plant (OZSM), the Moscow Lubricants Plant (LMZM), the lubricants plant in Bari (Italy), the oil production of NIS (Serbia), the synthetic oils production in Nizhny Novgorod and Yaroslavl ("Slavneft-YANOS"). The total volume of investments in the development of the company's industrial oil business infrastructure amounted to 14.4 billion rubles. The company supplies its products to 72 countries around the world and ships to consumers every day about 2 thousand of packaged oils. More than 300 companies represent the transnational distribution network of Gazpromneft-Lubricants. Gazpromneft-Lubricants is the supplier for the largest industrial enterprises in various sectors, supplies supplies to KAMAZ, BELAZ, UAZ, Rostselmash assembly lines and their dealer networks. Gazprom Neft-Lubricants is the partner of the largest industrial enterprises of various industries, suppling its products to KAMAZ, BELAZ, UAZ, Rostselmash assembly lines and their dealer networks. The important sales channel is also the network of Gazpromneft petroleum stations.

Since 2014, Gazpromneft-lubricants has been developing the G-Energy service network, that today includes 120 independent partner service stations in Russia and abroad.

Gazpromneft-Lubricants is the active participant in the import substitution program, which is implemented jointly with utilities, agriculture, municipal vehicles, and allows selecting domestic analogs for export products. By 2017, more than 300 budget enterprises have started using G-Energy and Gazpromneft products.

The company is one of the leaders in the market of marine transport oils in Russia. In 2017, The Gazpromneft Ocean brand was introduced to the market to expand the geography of its presence and develop international business.

Gazpromneft-Lubricants' strategic direction is the development of a high-tech product range, that dictates the capacity expansion need, including the organization of lubricants production in target foreign markets.

Gazpromneft-Lubricants (Gazpromneft-Lubricants Ltd.) is a subsidiary of Gazprom Neft focusing on the production and sales of oils, greases and technical fluids. Established in November 2007.The products are manufactured at six production sites in Russia, Italy and Serbia. The total production volume is over 500,000 tons of high-quality oils, greases and technical fluids per year.The Omsk Lubricant Plant (OZSM) has the Russia’s most advanced process line for the mixing, filling and packaging of lubricants with total annual mixing-and-packaging capacity of 300,000 tons. The management system of Gazpromneft-Lubricants and its production assets meets the requirements of the international standards ISO 9001, ISO 14001, ISO 16949, and OHSAS 18001. The company supplies its products to the conveyors of DAIMLER KAMAZ RUS, KZ ROSTSELMASH, KAMAZ, UAZ (Sollers), BELAZ and others. The consumers of Gazpromneft-Lubricants products are Severstal, Sibur, Gazprom, Evraz, MMK, TMK, NLMK, Rusal, Alrosa, RZD, MECHEL, Metalloinvest, SUEK, ILIM and other leading industrial enterprises. The product range includes 500 items of oils and greases for all market sectors (more than 2500 commodity items). The company’s products have the approvals of over 250 leading equipment manufacturers: BMW, Mercedes-Benz, Volkswagen, Volvo, Renault, General Motors, Cummins, MAN, ZF, KAMAZ, Avtovaz, Bosch Rexroth and others. The company also produces and sells marine oils, supplies marine lubricants to Sovcomflot, Rosmorport, Rosnefteflot, Norilsk Nickel and other Russian and foreign shipowners. Through the integration into Chevron global supply chain the company’s clients are able to get marine oils in over 800 ports throughout the world. The company controls 15% of the Russian lubricant market and also operates in the CIS and the Baltic, Europe, Central and Southeast Asia, Africa, South America and beyond. All in all, the company’s products are presented in 72 countries worldwide.