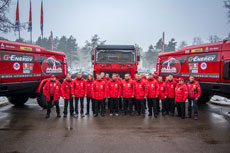 Gazpromneft - Lubricants will support the MAZ-SPORTauto team appearance at the most prestigious off-road global championship, i.e., the Dakar rally-marathon for the third time.

The Dakar-2017 rally-marathon is going to start January, 2 in the capital of Paraguay, Asunción, and running through Bolivia and Argentina, will finish on January 14 in Buenos Aires. The route will extend over 9,000 km. 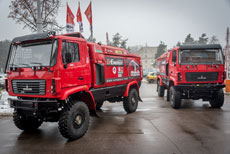 Six MAZ vehicles will kick off the start, i.e., three trucks participating in the race and three technical assistance vehicles. All vehicles will be filled with G-Energy lubricants. A crew of technical specialists from Gazpromneft - Lubricants will visit South America with the sports team to monitor the product’s use and make direct tests during the race. 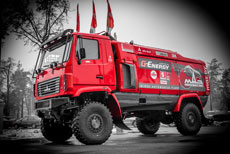 “The Dakar rally-marathon is our global laboratory that allows oil testing under various extreme conditions,” says Alexander Trukhan, General Director of Gazpromneft-Lubricants. “This time, the Company’s engineers wlll bring, in addition to the usual infrared spectrometer, a new device, i.e., an X-ray spectrometer that determines the concentration of metals in lubricants and sulfur in diesel fuel. Such equipment literally allows comprehensive studies in the field, the results of which allow the team engineering specialists to adjust the vehicle maintenance. A specific feature of today’s Dakar will be several stages running though the highlands of Bolivia. Operating in the rarefied atmosphere, the engines operated under the maximum load, which is going to be another test for the G-Energy oils.

G-Energy is Gazprom Neft’s premium brand of engine oils. G-Energy engine oils are designed for the latest European, American, and Japanese passenger vehicles. The unique adaptive technology ACF used in the oil provides enhanced performance characteristics depending on how the engine is used by activating the necessary additives as needed.In 2013, Gazpromneft-Lubricants was the first on the Russian market to issue a product range of G-Energy Racing 100% synthetic oils, developed for professional racecars and state-of-the-art sport cars. G-Energy Racing engine oils provide maximum protection against engine wear, and efficiently guard engine parts against the formation of deposits. They maintain their performance characteristics even under the peak-load conditions that are typical of racing.