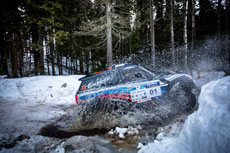 On December 12, 2015, an official ceremony dedicated to the participation of G-Energy Team in Dakar Rally 2016will be held at the Revolution Square in Moscow.

Umaturman musical band will perform in the heart of the Russian capital to see off the team to the most famous off-road racing in the world, to wish the racers strength and success in such a difficult competition.

An interesting entertainment program is prepared for the guests of the event. It will give the spectators a possibility not only to learn interesting details about the history of the “Dakar”, but also to take part in competitions and win prizes from G-Energy premium oils brand. 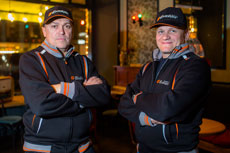 Moreover, everyone will be able to test their skills in competitions at the rally simulators. An autograph session with the crew of G-Energy Team consisting of driver Vladimir Vasilyev and co-driver Konstantin Zhiltsov will take place in the tent at 2:30 pm. At 3:00 pm, all participants will see the spectacular start of the racing car for rally marathon.

Anyone can support Russian racers team and attend the start ceremony. Entrance is free from 11:00 am.

Rally marathon “Dakar” is a race that attracts millions of fans of motor racing since 1977. It is a New Year’s adventure for the most courageous and fearless people in the world. The crew of G-Energy Team starts competition on January 2, 2016 from Buenos Aires. This year, the route of the rally raid will go through the mountains, rocky and desert landscapes of Argentina and Bolivia. Racers will finish on January 16 in Rosario, Argentina. 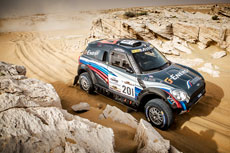 Winner of the Rally Raid World Cup 2014 Vladimir Vasilyev said: “I am very glad to represent the G-Energy Team and re-engage in one of the most exciting motor racing events. Challenging experience is ahead of us, and Konstantin and I will do our best to show excellent results“. Director General of Gazpromneft-Lubricants Ltd Alexandr Trukhan said: “It is not the first year that our company has been supporting the G-Energy Team. Specialists of Gazpromneft-Lubricants Ltd are constantly travelling with the crew to various racetracks and conducting research of oils in extreme conditions of the rally raids. Knowledge of technicians and experience of racers become the basis for the development of new formulations of high-tech G-Energy oils. We were able to build efficient interaction between sport and business, thereby giving the fans a new motor racing legend“. 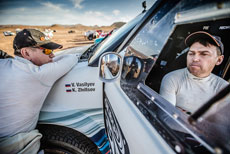 Frontman of Umaturman” musical band Vladimir Kristovsky said: “We know from our experience what it means to get through the long route, and how much effort it takes. Being the true fans of motor racing, we are cheering for the Russian drivers of G-Energy Team and are pleased to support them with our performance!”

LTD Gazpromneft - Lubricants (Gazpromneft-SM LTD) is a subsidiary enterprise of Gazprom Neft, specializing in the production and sales of oils, lubricants and technical liquids. It was established in November 2007. Gazpromneft - Lubricants has 5 production sites in Russia, Italy and Serbia. Total production volume is 500 thousand tons of high-quality oils, lubricants and technical liquids per year. In 2014 the second phase of high-technology complex for blending, filling and packaging of engine oils was put into operation at the Omsk Lubricants Production Plant. This production, which is the most modern in Russia, is designed for output of 300 thousand tons of oils, lubricants and technical liquids. The management system of Gazpromneft - Lubricants and its production assets meet the requirements of the international standards of ISO 9001, ISO 14001, ISO 16949 and OHSAS 18001. The company supplies its products to the Russian conveyors of Mercedes Benz Trucks Vostok, KZ ROSTSELMASH, DERWAYS JSC, KAMAZ, AVTOTOR (for Hyundai cars). The consumers of Gazpromneft-Lubricants industrial production are Severstal, Sibur, Gazprom, Evraz, MMK and other large manufacturing enterprises. The range includes 500 types of oils and lubricants for all sectors of the market (more than 1 000 commodity items). The company’s products have more than 250 approvals of leading equipment manufacturers: BMW, Mercedes-Benz, Volkswagen, Volvo, Renault, General Motors, Caterpillar, MAN, Scania, KAMAZ, Bosch Rexroth and others. The company holds 14% of lubricants market in Russia, as well as it works in the Mediterranean countries, the Balkans, Eastern and Northern Europe, CIS, Baltic States, Central and South-East Asia, Africa and others. In general the company’s production is represented in more than 50 countries of the world.